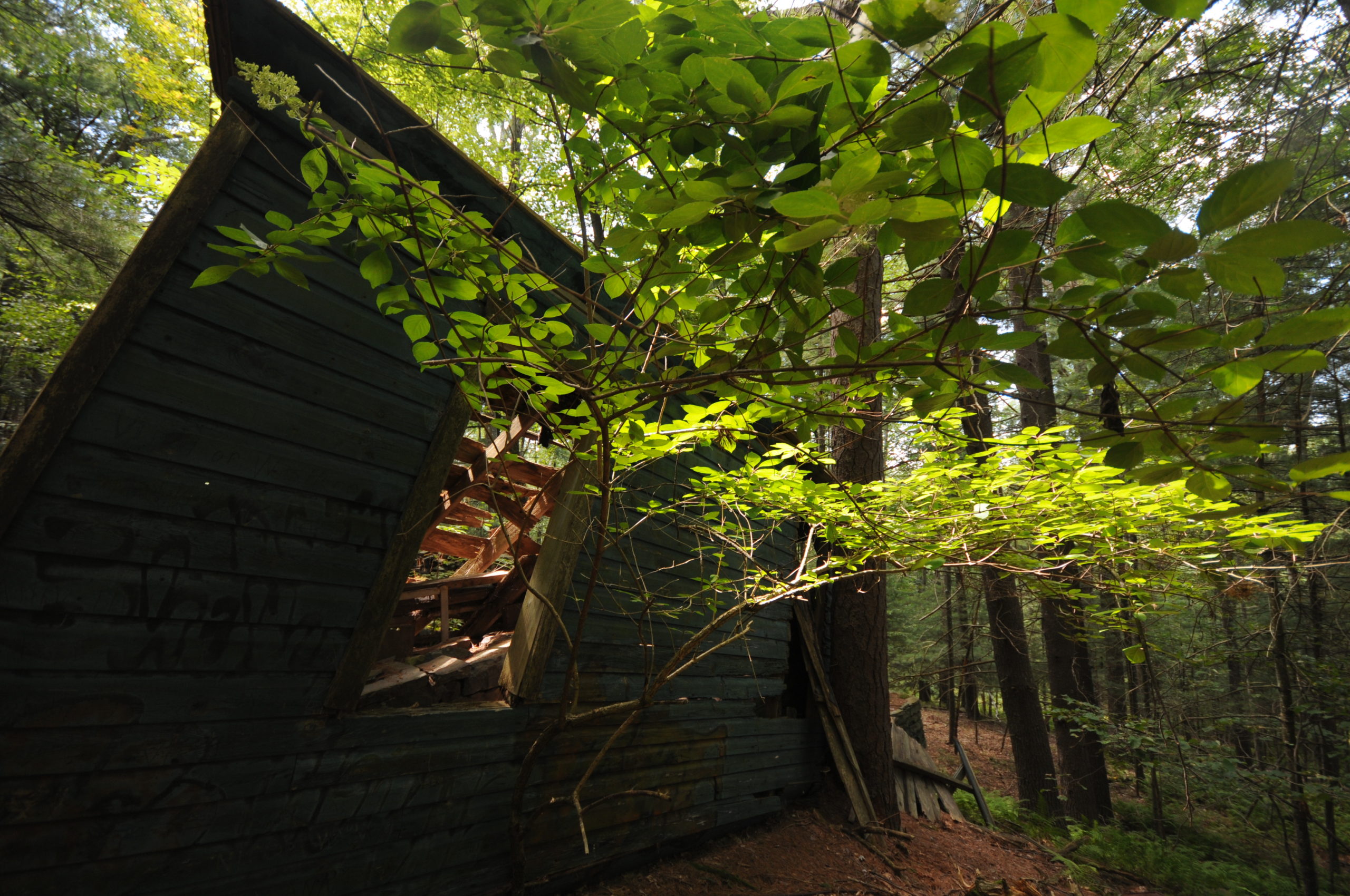 The Round House Mystery of Baoba

Back in May of 2013 I wrote an article about the Round House in Lackawaxen. It is a significant structure that lay in ruins in what appears to have been a village, a community, something more than just a nice house for a wealthy family. I have checked the tax documents going back to the early 1800s. I have asked local historians. With so many stories and photographs of an area rich in history, I am amazed that there is nothing about this complex.

It sits on a fork of an old township road, now a path through the woods, not far from the Lackawaxen River. I was told that it was a house of pleasure for lumberjacks or canal workers. I was also told it was once a nudist colony. There are those who claim that it served as Al Capone’s hideout when his brother Charles owned the property.  In my search all I was able to confirm is that Al Capone did not have a brother Charles.

There is a rumor that at one time in the 1970s, a large Baby Grand Piano sat in the middle of the grand round room. I have heard this from several local folks but have seen no evidence of it. There is a large cistern holding water that seems to run nearly year-round. The water flows into a kitchen or shower? There are several rooms off the main round room. The remains of a grand stairway leading to the round room from the river, and its large fireplace can still be seen.

According to George Fluhr, a historian most familiar with the Shohola area but also quite knowledgeable about Lackawaxen, a possibility came from a letter written from former Superintendent Chester Dissinger to a teacher, Miss Smith, in 1968. Dissinger says:

“Do you recall a ‘free love’ colony near Kimbles about 1924? Several women – free lovers – opened a place near Glen Eyre – their kids (fathers unknown) went to the Kimbles School – and an epidemic (skin rashes) broke out. I took the Co Med up there – all diseased – kids, mothers – and the place was broken up by the Co Med., Director and the Pike County District Attorney. Great school days. And then there was Agnes Haney at the Rowland School, an old thwarted old maid, hard on the 18 kids. She didn’t have a smile for any poor kid.”

I wonder if the “free love colony” could be the round house?

I can only imagine these single mothers trying to provide the best they could for their children. If only Mr. Dissinger had been a little less judgmental and a little more helpful, perhaps we would know more about the round house.  “Great school days” he writes in response to a complete upheaval of families. I imagine it was anything but great for them. And poor Agnes Haney, she was not just an old maid, she was a “thwarted” old maid.

I will continue to search for information. I just want to see a photo of what it looked like in its glory.

On a side note, according to George Fluhr, Al Capone’s brother did own property on Route 6. Al Capone stayed at the Germanhill boarding house between Lackawaxen and Shohola. During one of his visits the Hawley Bank was robbed. Although he was suspected, he was never convicted. Jake Watson was caught and convicted for the robbery.

For the record, Al’s parents, Gabriele and Teresa Capone had eight other children: Vincenzo Capone, who later changed his name to Richard Hart and became a Prohibition agent in Homer, Nebraska; Raffaele James Capone, also known as Ralph “Bottles” Capone, who took charge of his brother’s beverage industry; Salvatore “Frank” Capone, Ermina Capone, who died at the age of one, Ermino “John” Capone, Albert Capone, Matthew Capone, and Mafalda Capone. Ralph and Frank worked with Al Capone in his criminal empire. Frank did so until his death on April 1, 1924. Ralph ran the bottling companies (both legal and illegal) early on and was also the front man for the Chicago Outfit for some time, until he was imprisoned for tax evasion in 1932.