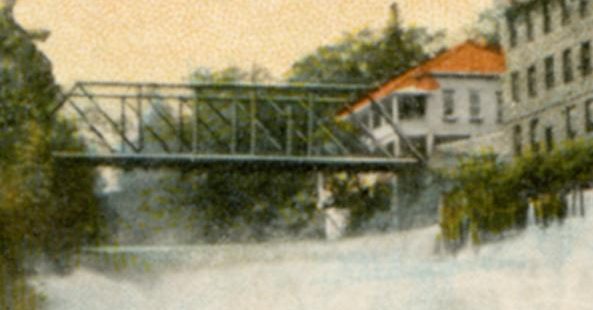 Ghosts in the Hawley Silk Mill

This month’s Pocono Secret is submitted by Jody Cunningham. She showed me the photo and I saw the face. I thought it would of interest to you. – Laurie

Is that a Face?

In December of 2016 I was the manager of The Mill Market at the Hawley Silk Mill. I had been there for nearly a year and had learned a little bit of its history. 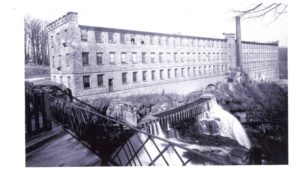 The Hawley Silk Mill (HSM) was one of several in the area. Silk mills were usually run by women and children, HSM was no exception. It was run by 500+ people, powered by the then roaring Paupack Falls and heated by an amazing boiler whose façade has been incorporated to the  current décor.

Through its many changes over 130+ YEARS, it is now open to the public and the home of several local businesses, offices and satellite location for Lackawanna College. While wandering through the hallways I often thought “ 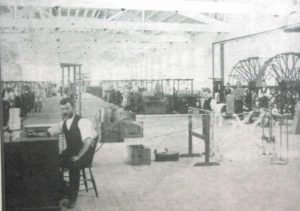 boy if these walls could talk”.

In December 2016, the lower level became the home of “Toys for Tots” local chapter (now carried on by Zipper Junction’s Holiday Toy Drive). Most of my time was in the store located on the main level, but occasionally I needed to go to other parts of the building for various reasons.

On this particular day Len (who works for Settlers Hospitality but is also passionate about mushrooms) asked me to come to his office to see his latest crop of mushrooms, the lower level was the perfect conditions for growing mushrooms and Len was very excited about how well his farm was doing.

I entered through the double doors a room that I had only seen empty with a few broken pieces of furniture, the musty smell of decades of dust and the rattling flapping sound of plastic taped over a broken window.

I stepped back! The room had been transformed into Santa’s workshop! It was filled with hundreds if not thousands of donated toys, carefully organized into categories of gender, age and types of toys. It was amazing and very impressive. It was a wow moment and I pulled out my phone and snapped a quick picture and followed Len. 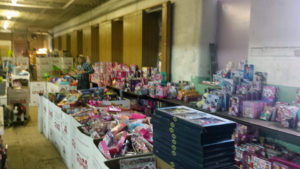 We turned to the right and went down the last row, there was about four feet between the rows and that left plenty of room so we wouldn’t knock into anything and the rows were nearly 40 feet long. We were in the girls section; tables piled high with sparkles, pinks and purples, Barbies, baby dolls and my Little Ponies.

As Len and I reached the end of the rows and exiting the toy area, about 15 feet behind us boxes suddenly fell, we both turned to look, and judging by the sound and how far the purple boxes were now scattered across the floor, I figured the pile must have been way too high and tumbled down, I know we did not touch anything, nor could our movement have caused the boxes to fall, besides we were well beyond that point. I turn to the volunteer sitting at the far end of the room on the left and said “hey I’m really sorry about that, but I really had nothing to do with it” in an unconcerned tone she replied “don’t worry about it”.

Under other circumstances I would have turned around and helped pick up the boxes regardless of fault but I was away from my store and didn’t want to take too much time and Lens passion for mushrooms is often a difficult escape.

Later that day my experience down in the basement stuck with me, for many reasons but for some reason it was nagging me, the magic of all those toys? The transformation of the room? Lens bumper crop of mushrooms? Maybe the boxes falling, maybe I was feeling guilty, for not picking them up? I know I didn’t knock them down, they must have been piled really high to have fallen that far. I don’t know why but it was nagging me.

I then remembered I took a picture before they fell! I could check. I knew the boxes were dark purple so all I had to do was find the dark purple piled high boxes, as I looked at the photo I saw nothing piled precariously high and there was only one area of dark purple boxes.

Look at the picture and tell me if you see anything strange. 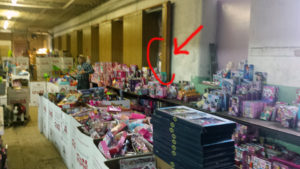 As I looked at the photo scanning for a high pile of purple boxes, ( they would have had to have been nearly six feet to have fallen all the way across the aisle, nothing on the table is piled high but I find the color that was scattered across the floor, dark purple, but they were only about 18” high, and I took the photo before they fell. Then I see quite clearly….right behind the dark purple boxes…my heart skips a beat, out loud I say “no way!”, looking at the photo expanding, zooming in and out. A FACE.

To me I see a young girl in white with dirty blond/brownish hair peering around the first cut out (the cut outs are cemented spaces that were once large windows (daylight is the cheapest source of light) but there were no windows, no pass through, just a small space. I tried to enlarge the photo to see what it really was, all I could think was how cool it was that all I could see was a face of an impish girl. My mind started to flash back to the times I heard noises I dismissed or the times I opened the store and things were not as I left them the night before and I chalked it up to way to many people having keys. My mind started to fill with what ifs. I started to feel a little impish myself, almost giddy, when I enlarged the photo it would just blur into nonsense, nothingness, I thought for sure it would zoom into something identifiable. But it did not.

I showed a coworker and she just looked at me a little freaked out as if I was a little crazy, but the picture is the picture, I just took it. I quickly sent it to myself encase something happened to my phone.

In the years since I have shown the photo to a few people calmly told my story, un-biasly in a just the facts kind of way, just to see what they see and what they think it is.

It is interesting, there are those who look with amazement and often a holy sh*t, those who dismiss it and those who find validation to tell their story.

What do you think? 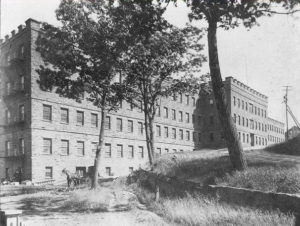