November is a time for Thankfulness 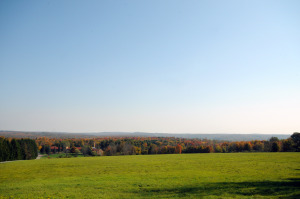 The name Pocono is derived from a Delaware Indian word (pohoqualin), which means “stream between mountains” in reference to the Delaware River. Ironically, that which divides us also unites us. The Delaware River basin has attracted big business from coal, lumber and granite to tourism, sports and adventure. It’s also attracted spiritual seekers over centuries ranging from communes to retreat centers. Thankfulness is a soulful response that is born of the spirit. 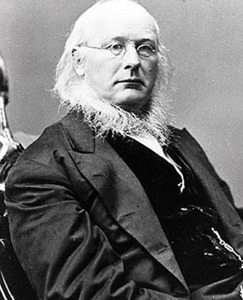 The small town of Greeley is named for Horace Greeley, founder of the Liberal Republican Party and outspoken opponent of slavery. He is perhaps most remembered as the founder and editor for The New York Tribune, America’s most influential newspaper from the 1840s to the 1870s. Greeley is credited with the slogan “Go West Young Man” as part of his contribution to Manifest Destiny.

Horace Greeley was part of a rural commune known as the Sylvania Association, for which he served as Treasurer. The association, based upon the principals of Karl Marx, purchased 3200 acres from Mahlon Godley Sr. in 1842. It can still be seen near a historical state marker along what is now the junction of Routes 434 and 590.  The association eventually failed because the members, unaccustomed to wilderness, failed to plant and harvest sufficient crops in 1845.

The Lady of the Poconos opened as a retreat house for women and youth in February 1953. Owned and operated by the Bernardine Franciscan Sisters, the present Villa of Our Lady of the Poconos was formerly known as “The Meadowside”.  Well known to travelers and visitors of the Poconos as “the best year-round Inn” in the Pocono Mountains. The property draws a long history with some records and deeds showing its use as an Inn dating back at least to the 1850’s.  The then wooden structure was leveled to the ground twice due to fire.  The current steel and concrete fireproof building was erected in 1929. 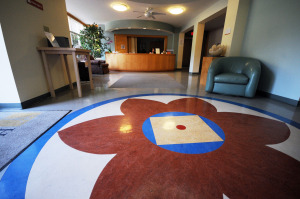 Perhaps the most notable spiritual center is The Himalayan Institute (HI) in Honesdale. The HI campus was originally the Kilroe Seminary (priests of the Sacred Heart) on property donated by the Kilroe family, built in 1955. HI purchased it in 1977. HI was founded in 1971 by Swami Rama of the Himalayas, the Institute draws on its roots in the yoga tradition to offer programs in self-transformation, yoga, meditation, and holistic health. Its services include global humanitarian projects, book publishing, a holistic health center and the acclaimed magazine, Yoga International .

The mission of the Himalayan Institute is to offer knowledge, training, and the environment to realize one’s full potential and bring a qualitative transformation in ourselves and in the larger world of which we are integral part.

This non-profit, international organization is dedicated to serving humanity through educational, spiritual, and humanitarian programs. The Institute and its varied activities and programs attract students, visitors and guests from all over the United States as well as globally. You’re invited to enjoy a workshop, seminar, residency, and training or just to stop by and visit the beautiful grounds, peruse the great selection of books and items in the gift shop, savor a delicious latte or tea and meet the warm friendly staff who is more than happy to share some conversation.