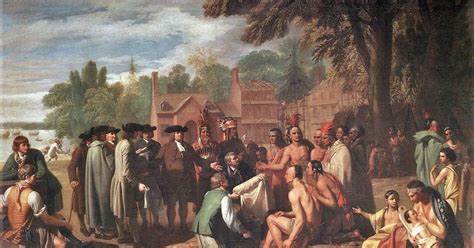 Charles Fourier was born in 1772. He’s known as a French philosopher and early socialist thinker. In fact, he started as a hard-working traveling salesman. He wanted to be an engineer but only sons of a nobleman were granted that privilege. Through his travels, Fourier observed that poverty was the principal cause of social disorder. He believed concern and cooperation were the secrets to social success. Cooperation would result in improvement of production levels and workers would be compensated for their labor based upon their contributions.

Fourier was a supporter of women’s rights. He believed jobs should be available based on skill and aptitude rather than gender. He is credited with terming the word Feminism. He wrote of homosexuality and acknowledged a wide range of needs and preferences. He also believed that affirming one’s difference could actually enhance social integration. He was one of the founders of utopian socialism.

Why am I telling you this? Because Fourier has had an impact on many influencers throughout history including Horace Greeley.

Horace Greeley, born in 1811, was the editor of the New York Tribune. He was active in politics having served as a New York Congressman and the Republican Presidential candidate against President Ulysses S. Grant in 1872. Grant won by a landslide.

Greeley, PA in Pike County is named for Horace Greeley. He and a group of like-minded visionaries looking for a different life model created the Sylvania Colony established as communal living on a common property with equal distribution of labor. Influenced by Fourier, the idea of sharing labor and expenses would result in greater productivity, compensation and quality of time. Unfortunately, it failed soon after it began in 1845 when a July frost killed all the crops.

Pennsylvania is where the US Constitution was born. Many of its ideas were influenced by the Leni Lenape. In fact, the word “caucus” originated from a Lenape word used for council meetings. In 1682, William Penn and Chief Tamanend of the Lenape caucused together to negotiate a treaty that allowed the Quakers and native people to co-exist in peace. Philadelphia is the native translation for “Brotherly Love”.

The Pocono Mountains represents the nature of the Leni Lenape, a culture that honored sacred commitment to personal freedom, religious tolerance, political sovereignty and peaceful resolution of conflict. Thomas Jefferson wrote of William Penn and Chief Tamanend’s treaty as “being the first who have laid the foundation of government in the pure and unadulterated principals of peace, reason and right.”

May we all enjoy this season filled with peace and reason. Happy Holidays to all, however you celebrate. May you enjoy the comfort, love and friendship of those you hold dear.  Here’s looking toward 2023 with great kindness, tolerance and hope.