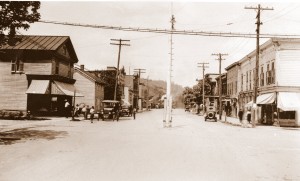 In April, 2013, I wrote an article about The Round House of Laxawaxen. It is the remains of what looks like what might have been a small village in Baoba. I asked if anybody had any information or photos of the history of this property.

I received an email and then a phone call from a lovely British gentleman asking me some questions and then introduced me to Reverend Dr. Walter Ungerer.

Walter is somewhat of a local legend himself. He is the grandson of one of the area’s earliest and colorful residents, Molly Staub. Her house still stands on the far side of the Lackawaxen River. Since visiting the area since his childhood, Walter has amassed a notable collection of photos and stories. Walter was clearly the “go to” guy for any historic information.

I was invited to Walter’s home to look at some photos. And, although, they were not of the round house I was seeking, I was given quite a history lesson. I sat with Walter and his lovely wife Janet for hours perusing books and files and listening to his extraordinary story. 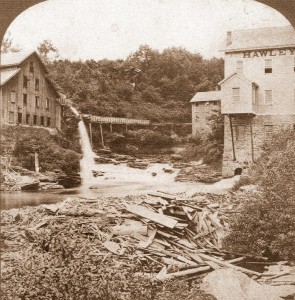 Walter was born in Brooklyn. He was a devilish young man. In and out of trouble, he was a gang member from age eleven.  Walter managed to graduate high school; he went on to graduate Nyack Missionary College and continued to the New Brunswick Theological Seminary to receive his doctorate. From gang member to Reverend and Doctor!

As a Reverend, Walter, with his wife, Janet, by his side, served in several churches in NY, Ohio and finally Kokomo, Indiana at the First Presbyterian for nearly twenty-five years before retiring in 2001. Walter was very active in the Presbyterian General Assembly and Presbytery.

Their lives were dedicated to helping others. They adopted two children before having a child of their own. Much of his ministry was devoted to building programs that emphasized retreats. They hosted annual tours with the Holy Lands. Although living in Indiana, they also spent a great deal of time in Hawley.

In August of 1989, Walter received a heart transplant. He was one of the longest living recipients of a heart transplant in the country. When I met Walter, one of the first things we talked about was his transplant and how he knew he time was limited. He wanted to write his book on the history of the Hawley and the surrounding area. He told me that his doctors suggested another transplant but Walter felt that he had lived a great life and that he did not want to deny somebody else an opportunity for an extended life. 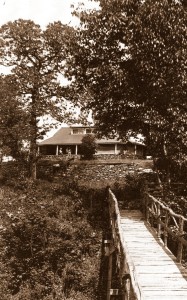 We talked about my round house. Walter thought it was another house that was visible from the road that also boasted a round room in Glen Eyre. But it was not my round house. His interest was piqued. He was determined to do some research. He talked about life at his grandmother’s house as a child. He had to boat across the river to get to school or to the store, even in winter! He was responsible for the chickens. They bathed in metal tubs. He lived a short time in lockhouse #16 which still stands and is occupied today.

Walter and Janet would return to Indiana. When they were back in the spring I was invited again for lunch and we continued our conversation. We talked a great deal about Hawley and the history of the world renown silk mills and glass factories. And, that the coal, lumber and granite moved through the towpath are what built New York City and Philadelphia.

In the fall of 2013 we set a date to tour the towpath. My article in January 2014 titled, The Tow Path, recounts our adventure. Both Walter and Janet’s enthusiastic fondness was contagious. We spent most of the day exploring the river, remnants of the tow path, former roads and driveways long washed away along with the houses that once stood. 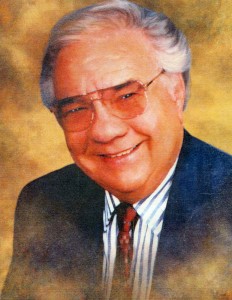 Walter taught me much about the history of the area. He shared his time, knowledge and collection so generously. Walter passed away on December 16, 2014. A memorial service was held at the First Presbyterian Church on May 30th. I was delighted to hear the laughter as friends and family spoke. Yes, I am sad that Walter is gone. But, I am happier for having known him even for a short time and I will always cherish our time together.