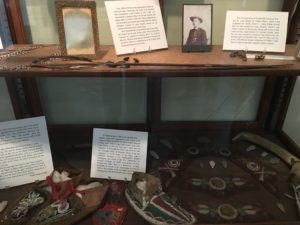 I can’t say it enough, how much I enjoy visiting The Columns Museum in Milford.  Not only is it eclectic and interesting, it serves as a great resource on local history.

Lori Strelecki has been the Director of the Pike County Historical Society for seventeen years. She offers a wealth of knowledge as well as providing access to a plethora of information – saved in boxes, microfiche and albums. “Not many people realize that they are welcome to use us as a resource. We help writers doing research, students, business people… anyone interested in finding details and facts of the history of Pike County” says, Lori. Roxanne is also on hand to help answer any questions. But bring a biscuit for Tamale who will most likely greet you at the door. 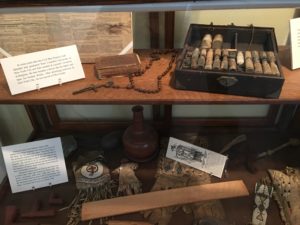 The exhibits change. Currently there is a fun display featuring film-making in the area. (Pocono Secrets November 2013: poconosecrets.com/making-movies-in-and-around-hawleywood) Charlie Chaplin loved using Pike County as a location for his films. The Black Bear Film Festival, now in its 18th year, welcomes submissions for their October event. Perhaps a visit will inspire your film making talents? 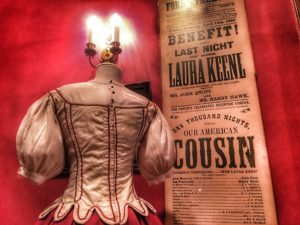 Also upstairs is a display case featuring photos and personal items of Father Francis Craft. The Crafts were a prominent family of Pike County. Dr Isaac Craft and his wife Sarah Phillips Craft moved from New York City around 1864. They purchased nearly 550 acres, about five miles outside of Milford, called Red Ridge.  They had four children: Francis, Alice, Walter and Frances.

It was Francis, known as Frank, who was the most adventurous of the family. He enlisted with the Union and is believed to have served at the Battle of Gettysburg in 1863. He was most likely a drummer boy or messenger due to his young age. There is a letter signed by Isaac Craft giving permission and his recommendation for Francis’ military abilities that far exceed his years. 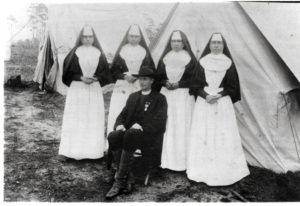 Francis graduated from Columbia University and continued his studies in Belgium. He became a doctor like his father. He practiced in New York and returned to Pike County. He was sympathetic to the Cuban unrest of 1871 and gathered a force of 250 men to go to Cuba and fight for Cuban Independence.

Raised an Episcopalian, then becoming agnostic, Francis adopted Catholicism in 1874 when he was baptized in Port Jervis.  Craft was ordained a priest in Omaha, Nebraska in 1882 and sent to the Dakota Territory as a doctor and missionary to the Sioux people.  While serving in the Dakotas, Craft learned four Indian languages. He was given the name “Hovering Eagle”.

His medicine case is on display along with several objects gifted him by the Sioux.

Father Craft was somehow among those at the Massacre at Wounded Knee. He was shot three times and given up for dead.  We know that in 1860, Secretary of War, Redfield Proctor, asked Craft to meet with various Indian groups to try and broker a peace deal. Perhaps on the fateful day in 1890, Craft was among those trying to bring a group of Indians to the safety of Pine Ridge Reservation.

Father Craft then organized the “Sioux Sisters”, young Indian women trained as nuns, doctors, teachers and nurses to help fight in the Spanish-American War.  After that, Father Craft was assigned to the Scranton diocese in 1901 and then to the Matamoras parish. He said mass in Milford and in 1902 became the pastor of St Matthew’s Church in East Stroudsburg where he died in September of 1920 at the age of 68. He is buried in the Milford Cemetery. 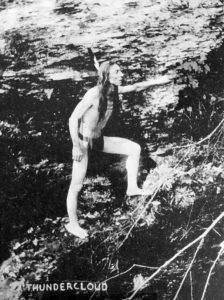 … And now, a follow-up to the Chief Thundercloud article from April…  It is not Chief Thundercloud’s profile that adorns any coins – neither the $5 nor the $20, not even the nickel. The creation of any official coin is well documented. There are no records that he served as an Indian scout. There is nothing to support that he ever performed or worked for Buffalo Bill’s Wild West Show or PT Barnum.  He did have his store in Dingmans Ferry where he sat and told great stories to those who would listen.  His miniature portrait painted by Eulabee Dix does hang in the National Gallery.  And, he is still buried in Dingmans Ferry Cemetery.