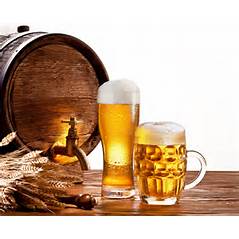 In 1829, David G. Yuengling arrived from Germany to open America’s oldest running, family-owned brewery in America, Yuengling & Son Brewing Company, in nearby Pottsville, PA. Surviving prohibition (1919-1933) by producing ice cream; Yuengling created the Winner Beer to celebrate the end of prohibition and sent a case to Franklin D. Roosevelt at the White House.

Beer was the Evian of its day. Commercial water treatment plants did not exist nor was refrigeration easily accessible for the majority of homes. Beer, grog, ale had been the drink of choice since the middle ages. It’s no wonder it’s rapidly becoming an American favorite once again.

The Irving Cliff Brewery in Honesdale was born in 1851, not so long after Yuengling. However, like many breweries, they were unable to survive the prohibition years. 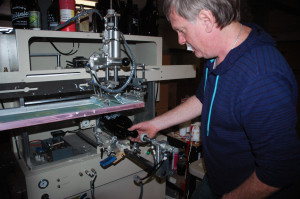 A few years ago, Brian Cobb sold his screen printing business. The purchasing company didn’t need his building so with what remained; Brian reinvented himself as a screen printer of craft beer bottles, an art form unto itself. Brian hand delivered the bottles and through his contacts and personal relationships, he began to understand the business of brewing and what it takes to craft a truly special beer. A year later, Brian re-opened the Irving Cliff Brewery. 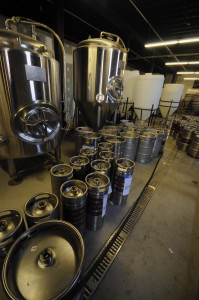 Located behind Roman’s Meats and The Cooperage on Chapel Street, Irving Cliff serves a variety of craft beers. Unlike a tasting room, beers are brewed on site. They offer a wide selection so it may take a few visits to taste them all. Jeff George art murals decorate the walls along with old photos and local history. They serve food and great conversation. If you love beer, you will love Irving Cliff Brewery. 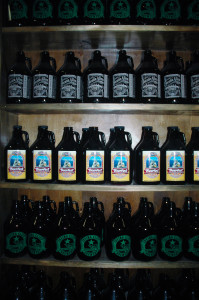 According to the Brewers Association, at the end of November 2015, there were 4,144 breweries in the United States. The previous high number of breweries was set back in 1873 at 4,131 – Ulysses S. Grant was President and the telephone and electric light bulb had not yet been invented.

The rise of the burgeoning craft beer industry is evident in websites such as www.brewhopping.com and the 100+ apps available such as Craftbeer, Brewery Passport and Beer Citizen. Just remember that many craft beers contain high alcohol content. Be smart, be safe – don’t drink and drive.