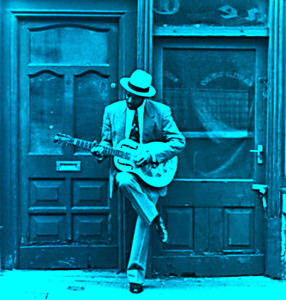 How to combat the Winter Blues? Think, Summer Blues… and Jazz.

The Pocono Mountains are home to many great Jazz and Blues musicians. Maybe it’s affordable living with close proximity to New York and Philadelphia or the inspiration of its natural beauty. The Poconos celebrates America’s original art form in music.

A joke about jazz & blues: “A blues guitarist plays 3 chords in front of thousands of people, and a jazz guitarist plays thousands of chords in front of 3 people.” The main focus of jazz music is the dynamics and improvisations of an ensemble, while blues music is usually centered on a single guitar or piano player/vocalist, and the personal lyrical content of the song. Most jazz tunes are purely instrumental, while a blues song always contains lyrics. 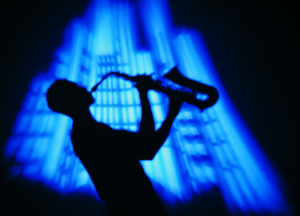 Blues is a genre and musical form that originated in African-American communities in the “Deep South” around the end of the 19th century. The genre developed from a fusion of traditional African music and European folk music that incorporated spirituals, work songs, field hollers, chants, and rhymed simple narrative ballads. The blues form – ubiquitous in jazz, rhythm and blues and rock and roll – is characterized by the blues scale and specific chord progressions, of which the twelve-bar blues is the most common. The blue notes (or “worried notes”) which are often thirds or fifths, are flatter in pitch than other styles, are also an important part of the sound. 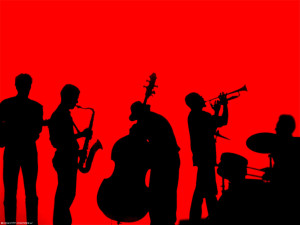 Jazz is a genre of music that also originated in African American communities in the United States in the late 19th and early 20th centuries, after the blues. It emerged from African American and European American musical parentage with a performance orientation. Jazz spans a period of over a hundred years, encompassing a range of music from ragtime to jazz-rock fusion, swing, blues, improvisational or free jazz, gypsy, cool, smooth, Latin and Cuban jazz, and has proved to be difficult to define. Jazz makes heavy use of improvisation, polyrhythms, syncopation and the swung note.

Of the area festivals, The big daddy of the blues is the Pocono Blues Festival. Previously held at Big Boulder, The Pocono Blues Festival’s – now the Pennsylvania Blues Festival —  new home for the past 5 years is Split Rock in Lake Harmony.  Celebrating its 25th year, the event will be held September 16-18, 2016. VIP tickets are already available as the 2016 lineup is currently under production. Visit http://www.splitrockresort.com/events/blues-festival/ for more information. 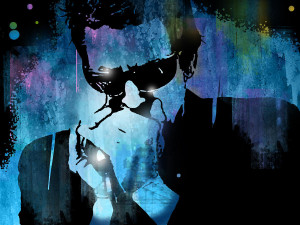 The music season kicks off June 24-26, 2016 with the Milford Music Festival http://www.milfordmusicfest.org/  in Milford and is a free event. Also that weekend is the Pocono Mountain Bluegrass Festival which is located at the Newfoundland GDS Fairgrounds. Admission for Friday, Saturday and Sunday is $45 with day ticket prices also available. http://scotteager.com/Festival/

Honesdale Roots & Rhythm takes place in Honesdale. This year’s free event is scheduled for June 18, 2016.  Visit http://www.honesdalerootsandrhythm.com for details and don’t forget the Midnight Ramble that continues after the festival at The Cooperage on Main Street.

And, the big daddy of jazz is the COTA Jazz & Arts Festival in the Delaware Water Gap. COTA – Celebration of the Arts – is scheduled for September 9-11, 2016. This event features great jazz talent. Last year, the event honored Bob Dorough who was presented by his friend, Peter Coyote.

Bob Dorough is a world respected jazzman. He was writing jingles for a New York ad agency in the 1970s when the company president approached him with a request. The man’s son was having a difficult time learning his multiplication tables, but the father noticed the boy knew all of the words to his Beatle’s songs. The president asked Dorough to write songs that reviewed his sons math lessons and thus, was born, the original Schoolhouse Rock which Dorough wrote and produced for ABC throughout the 1980s. He’s worked with many great legends including Miles Davis.

If you are interested in learning more about the history of jazz in the Pocono Mountains, I recommend Deborah Burke’s book, The Poconos in B Flat. It can be purchased at Barnes and Nobel or on Amazon.com.